has been a member of King Crimson and appears on over twenty King Crimson albums and several music videos. He also produced, edited, mixed or played on several King Crimson Projects releases. He has continued to guest on other projects, working with Jay Terrien, Cock Robin, drummer Terry Bozzio, Mecca, Herd of Instinct, Tony Levin and the California Guitar Trio, as well as working on solo work. He is also a member of the progressive/experimental bands TU (with fellow King Crimson alumnus Trey Gunn) and KTU (with Trey, Kimmo Pohjonen and Samuli Kosminen), and Tuner, a duo with centrozoon's Markus Reuter that has released four albums and toured periodically. That touring included Estonia in 2007 which was documented on a live album. On stage Tuner have been known to reinterpret King Crimson material such as the 1984 track „Industry“, as evidenced on their 2009 live album ZWAR.

In 2007 Mastelotto went on tour with The Flower Kings in Europe supporting their albumThe Sum Of No Evil. In 2008 a new King Crimson lineup formed, including a drumming team of Pat and Gavin Harrison, which played eleven shows in August. Then the enormous Creation of Peace festival in Kazan, Russia, with Adrian Belew, Tony Levin and Eddie Jobson. This was followed by another new project, HoBoLeMa, with Levin, Bozzio and Allan Holdsworth. Pat also works with Reuter and Levin in the trio Stick Men who released their fourth album Deep in 2013. He is known for his production skills and technical ability while in the studio. Pat is often working the Digital Audio Workstation in the studio. He has produced a number of King Crimson releases, as well as Crimson-related side projects. 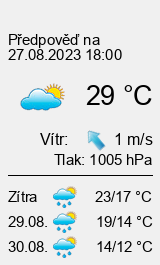